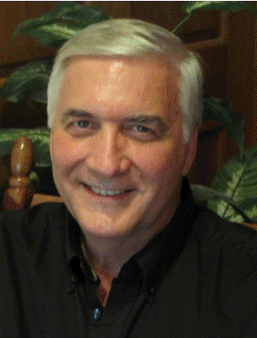 Thomas Ferran Frist was born in Tampa, Florida, on July 2, 1945, the youngest of the four children of Dr. John Chester Frist, a Presbyterian minister, and Betty Ferran Frist, a writer. He is married to Clare Strachan Frist of San José, Costa Rica, and they have two children, Lisa Kristin and John Daniel, and three grandchildren. Tom and Clare now live most of the year in Montreat, N.C., but they also have a farm in Brazil and travel frequently to Brazil, Nicaragua, Costa Rica, and other countries.

Tom graduated from the McCallie School in Tennessee in 1963 and received his BA from Davidson College, including one year of study at the Université de Montpellier in France. He later did graduate studies in public health at Yale University, in not-for-profit management at Columbia University, and in business administration in the Advanced Management Program of the Harvard Business School.

After graduating from Davidson in 1967, Tom taught English and American literature in India on a Fulbright Grant and studied the similarities and differences in Christian and Hindu mysticism. In 1968-69 he was a UNICEF field representative in Vietnam responsible for building hospital wards in Saigon and Danang and for emergency relief and refugee feeding programs in Danang, Hue, and Quang Ngai, feeding ten thousand children daily.

On his return to the U.S., Tom worked as an aide at the Yale Psychiatric Institute while attending classes at Yale and received grants from Yale to do research on leprosy in Tanzania during a period of six months. Graduating from Yale with an MPH, Tom married Clare in Costa Rica where her British grandparents had started the Latin America Mission. Tom and Clare then moved to Spain for a year where Tom wrote and published several scientific articles on leprosy while Clare finished her Masters in Spanish literature.

Accepting invitations from the American Leprosy Missions, CERPHA, the Pan American Health Organization (PAHO), and the Ministry of Health of Brazil, Tom and Clare moved to Brazil in 1974 after first spending a three-month period in Venezuela studying their leprosy program. They lived for most of the next fifteen years in Brazil, which at the time had an estimated 600,000 persons affected by Hansen’s disease (leprosy). First of all, Tom devoted three years to social research on the obstacles impeding the social and economic integration of people affected by the disease, and then he designed a pilot project called PRO-REHAB, which was later approved by government and international agencies for implementation. As part of the plan, Tom founded and then directed an integrated rehabilitation program for the disabled named SORRI and helped establish new SORRI centers in seven cities throughout Brazil.

He also served briefly as a consultant for PAHO to the Brazilian Ministry of Health, helped establish the first university course in Brazil for the training of vocational rehabilitation professionals, and was a co-founder of several local and national organizations of disabled persons including MORHAN which continues to promote the social integration of persons affected by Hansen’s disease through its a hundred or so chapters in Brazil.

In July of 1989, Tom returned to the U.S. to become the president of the American Leprosy Missions (ALM International), and in 1993 was appointed secretary for administration for the 14th International Leprosy Congress. From June 1994 to June 1996, he served as president of the International Federation of Anti-Leprosy Associations (ILEP) with work in a hundred countries, and was also chairman of the working group on the social aspects of anti-leprosy work.

From 1996 until 2002 Tom was a consultant for different organizations in Central America, the USA, Brazil, and Great Britain and traveled widely to countries around the world and began writing. He has now published a total of eight books and written a chapter in a text book on Leprosy.

From 2002 to 2005, Tom and his family lived in Nicaragua where he structured and administered a job creation and micro lending program named Adelante, which was supported by some of the leading businessmen of Central America.

Currently, Tom and Clare live in Montreat, North Carolina. They continue volunteering and exploring the possibility of establishing an ecumenical Christian retreat and training center on their farm in Brazil. Tom has also just finished writing his fourth novel and his ninth book, The Way of Shalom.

Among honors Tom has received the Grayson Medal, the highest award for a student at the McCallie School, a Rockefeller Theological Scholarship and two Fulbright Scholarships to India and France as well as the 1992 Distinguished Alumni Award of Davidson College.  He has also been given the keys to the City by the Mayor and City Council of São José dos Campos, Brazil, and designated by the City of Bauru, Brazil, as an Honorary Citizen.